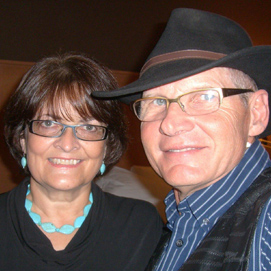 Our Missionary: Jim Hocking grew up in the Central African Republic as the son of a minister and it fostered in him a deep love for the country and its people. He spoke a local Central African language, Sango, before he spoke English. Jim founded this organization at the age of 50 after his years of work in Africa. Before Water for Good, he started numerous ministries for a Grace Brethren Mission organization, including founding schools and a building a maintenance garage. His mechanical skills reflect his general gift for figuring out a way to get things done when the normal way is not possible… a critical skill for founding a non-profit in one of the poorest and most remote countries in the world! He believes that relationships are of utmost importance and Jim has worked hard to mentor both staff in both the USA and CAR who will be able to take this organization to the next level. He holds a Bachelor of Arts from Grace College and an MDiv from Grace Seminary, where he developed the leadership skills that have served him well!

His Mission: For most of the 4.7 million people who live in the Central African Republic, collecting water means an hour-long walk hauling heavy 44-pound jugs of water from streams, rivers and seep holes — water that isn’t even sanitary. After visiting several villages in the CAR to assess their water retrieval methods, Jim was ready to act. That act of obedience was the beginning of what Jim would eventually call “Water for Good.” There are many challenges to getting fresh water to remote villages in the CAR. Getting a well drilled is only the first step. From the beginning, Jim founded Water for Good to become a nonprofit that not only drills wells, but does so relying on all local staff that provide regular well maintenance. The local staff build relationships with communities, and work with them to start projects that will prosper and empower the community long-term. When people have power over their well and begin to assert that same power in their life choices, it’s transformative for a community. Jim started with an idea that through clean water, Central Africans could change their country. And they are. Local Central African have drilled more than 680 new wells and are maintaining 1,000 water pumps in the CAR. Over half a million people are drinking water from these wells every day. People are staying healthy, they’re able to generate more income, and they’re making a difference in their communities —for good.