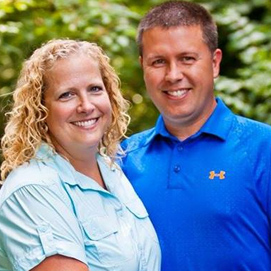 Our Missionaries: Ben and Sandie Dyke met as college students at Kent State University where they were both involved with Cru. They were married in March 1998. Ben grew up attending Grace Church. They have three sons:  Bailey (2002), Carter (2004) and Hayden (2007).  The couple joined staff with Cru in January of 2000 and worked with students in Cleveland/NE Ohio for 10 years.

Their Mission: Currently, Ben is the Regional Director of Operations for the Great Lakes Region (Ohio, Indiana, Michigan & Illinois). He serves with 6 other regional directors giving overall direction, leadership, and shepherding to the 27 staff team locations in these 4 states, 20 international partnerships locations, and over 700 staff. As the Director of Operations, Ben gives leadership to our region in the areas of communications, conferences, finance, IT, and media. Sandie serves within Cru by coordinating the process of evaluating intern & new staff applicants as they seek to join the staff of Cru.  They now reside in Fishers, Indiana. 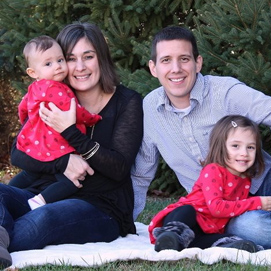 Our Missionaries: Mark and Roxanne Johnson were married in 2009. Roxanne (Weaver) grew up attending Grace Church and graduated from Ohio Northern University in 2003 and has served with Cru ever since. Upon graduating from Indiana University Bloomington in 2007, Mark began laboring with Cru and currently provides leadership to the IU ministry as the Campus Director/Team Leader.

Their Mission: As they minister in Bloomington, they hope to give students a greater understanding of Christ’s global call to make disciples of all nations. Unreached people groups are their particular passion and they hope and pray that God uses them to encourage today’s American college students to participate in bringing the Gospel to the entire world.