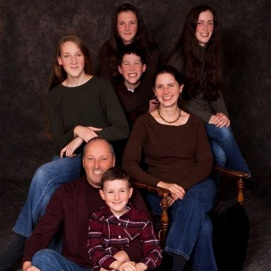 Our Missionaries: Philip and Beth Bryant. Philip grew up in the wilds of Maine with 9 siblings, including his twin brother, Nathan. Following a tour with the U.S. Army Reserves, Philip attended Word of Life Bible Institute. As a student at Tennessee Temple University, he pastored a small church before transferring to Washington Bible College where he met his future wife, Beth. Both Philip and Beth received Bachelor of Arts degrees from WBC and Philip holds a Master of Arts degree from Capital Bible Seminary. Philip served as intern-associate pastor at Waldorf Grace Brethren Church from 1994 to 1996. He and Beth became career missionaries with the Grace Brethren in 1997 and moved to an area outside of Toronto to serve in the church planting ministry of GBCanada USA. Philip served as part of the pastoral team that launched the first Grace Brethren church planted in Canada in September 1998. Several years later, he and Beth helped launch two more churches: Village Community Church in Milton, Ontario (now Renew Milton) and Community of Hope in Surrey, British Columbia. Philip concurrently serves as a member of the Executive Team for Assist Canada with a focus on western Canada. He and Beth have five young children. 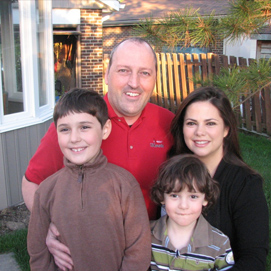 Our Missionaries: Nathan and Jennifer Bryant. Nathan is from Maine and has 9 siblings, one of which is his twin brother, Philip. He went to Bible school at the New Brunswick Bible Institute and later studied at New England Baptist Bible College in Portland, Maine. He finished his undergraduate at Washington Bible College and has a Master of Divinity from Capital Bible Seminary. Nathan was recruited by Pastor Jeff Thornley to serve at the Waldorf GBC between 1993 and 1997. He was also the executive director of TMSM from 1994-2006 and oversaw 21 international missions projects that built church buildings in partnership with GBIM (currently Encompass). This allowed him to successfully reach and engage communities in Argentina, Uruguay, Mexico, Brazil and Cambodia. Nathan started the Grace Brethren initiative to plant churches in Canada, and has been leading the movement since 1997. He lives in Mississauga, Ontario, right next to Toronto with his wife Jennifer and two boys, Isaiah and Micah. Nathan has a very strong passion to help people learn about Jesus and a strong desire to expand God’s Kingdom through teaching. He excels in leadership, vision, strategic planning, teaching and mentoring leaders.

Their Mission: Assist Church Expansion is an evolution of GBCanada USA – a church planting initiative of the Fellowship of Grace Brethren Churches (FGBC) dedicated to cultivating a movement of churches across Canada. In 2017, GBCanada USA expanded its mandate to include the USA, and also broadened its scope beyond church planting to address all facets of church growth including adoptions, mergers and multisites. The Canadian division of our ministry continues to pursue church expansion in Canada under the new name Assist Canada. The purpose is to fulfill our vision by stimulating and supporting a movement of church planting across Canada. Our strategy is to recruit and raise up leaders who will organize and lead core church planting teams into targeted urban areas to establish Regional Mother Churches. These regional churches will then plant clusters of daughter churches in their surrounding areas. Our fundamental role in the church planting movement is to empower our local churches to multiply by aiding in the recruitment of new leaders and facilitating their development. Because we believe that a true movement can only happen through the churches themselves, we are committed to our churches and invested in their leaders.